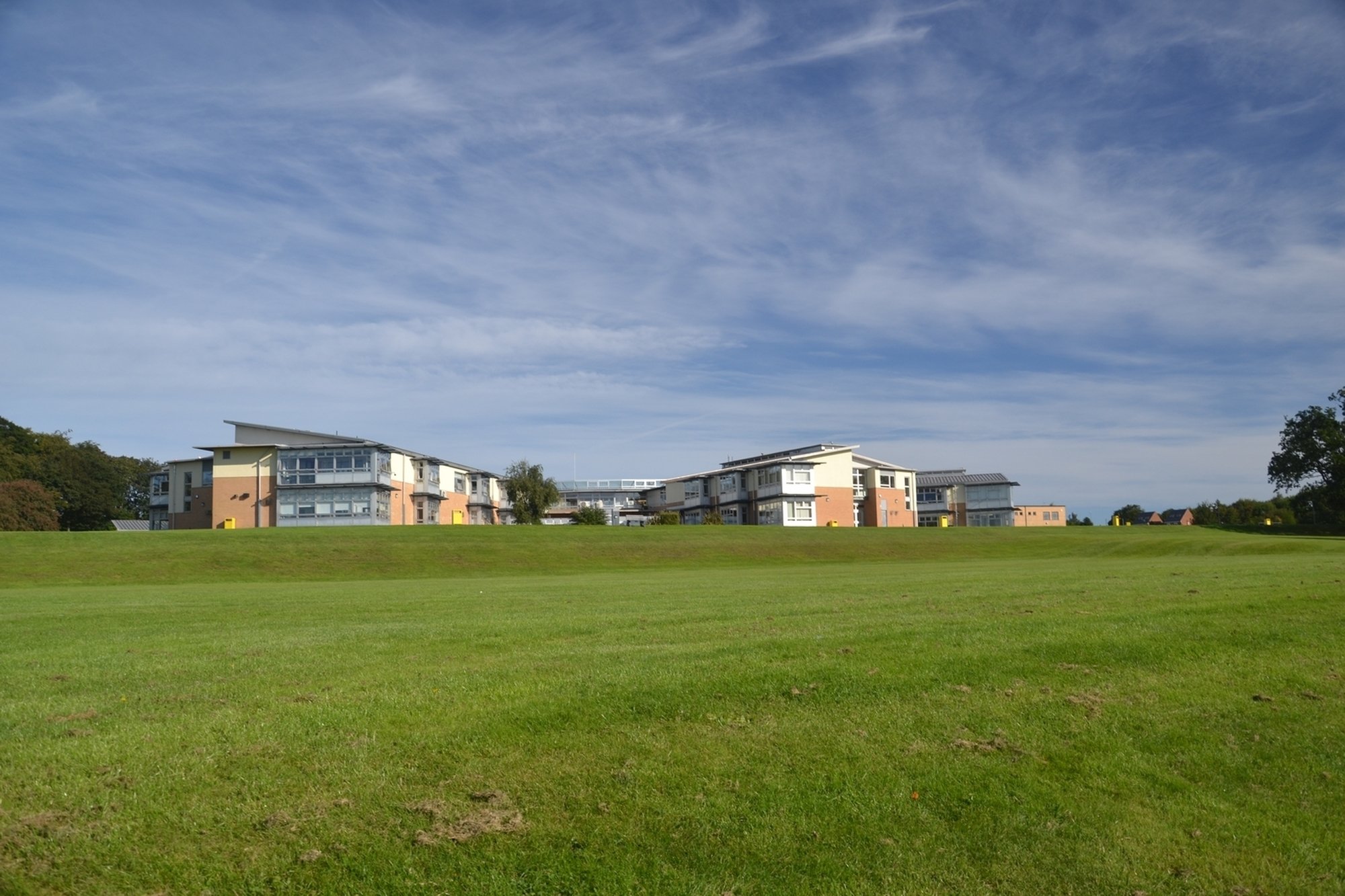 As schools respond to the ongoing coronavirus pandemic the focus has, understandably, been drawn to the short term needs and pressures of getting back on our feet. However, we mustn’t forget to zoom out and remind ourselves where the path we are walking on leads. It’s one that takes us towards increased environmental destruction, that culminates in serious risk to our lives, to the lives of communities worldwide and to an increasingly unsustainable future.

Before lockdown we had the pleasure of working with students from the Environment Group at Cardinal Heenan Catholic High School in Leeds, who had this bigger global emergency clearly in their sights. Marnie O’Hara, a student from the Environment Group shares her story below. Marnie highlights perfectly the urgency and wide-reaching benefits of engaging young people in social and environmental action.

Thank you to Hubbub for making this partnership possible. It’s through their #PlasticPioneers project that more and more schools are taking important steps to take action towards a sustainable future.

Marnie, over to you….

I have grown up in a family where environmental issues have always been discussed. Like many others, I found Greta Thunberg to be hugely inspiring and I felt excited as the climate crisis was placed more firmly on the social and political agenda.

In spite of all this, when the Environmental Group was set up by two teachers in my school, I had no intention of going as I thought it would be like any other school club; we would hang up posters around school with big bubble writing stating ‘Turn Off Lights!’ and ‘Be Eco-Friendly!’ – posters that would just blend in with countless other mental health and school rule posters (which just get ignored).  Furthermore, there was nobody in the club from my year, and it seemed like most of the club were from Year 7…not for me.  At some point though, I changed my mind and turned up to check it out. I soon realised that the Environmental Group was different.

Environmental Group provided space and time for like-minded people to develop their critical thinking skills in response to the climate crisis. Unlike any other group in school, we were fighting for an important cause we all believed in, and we were encouraged to explore the possibility for change. We have inspirational leadership from the two teachers that run the club- they support our ideas and energetically attempt to inspire action within the school system. I felt like I was taken seriously, as we were all listened to.  We came up with our own ideas and built on the teachers’ ideas too. Within weeks of turning up, I got involved in a litter-pick and persuaded some friends to join the club. I felt empowered- as if I were making a difference.  I never felt I would be so inspired to act against climate change, especially in school time!

Environmental Group gave me an experience that regular lessons did not. I totally appreciate the work that teachers do to try and put across the urgency of the climate crisis, however it is extremely hard to cover the crisis in the space of an hour long lesson.

An example of the work we have been doing is in reducing the amount of single use plastic sold in the canteen. From cheesecake packaging to juice bottles, a lot of plastic waste is being accumulated every lunchtime. This year, after meetings and emails, we managed to convince the canteen manager to reduce the amount of plastic packaging given out to students. Since then, the plastic cups have been replaced with paper cones, and bottles have been exchanged for cans.  Plastic cutlery has disappeared, and ketchup sachets replaced with a pump.

Unfortunately, we have not been able to persuade students to stop buying plastic packaging. When you buy a school dinner and a pudding, a plastic water bottle comes free, which is an issue we are looking to tackle soon. Our school site is run by a Private Finance Initiative. We are grateful for all they have done to support Environmental Group- attending meetings, listening to the student perspective, and taking steps to support our plans.  They have funded the use of re-usable water bottles to reduce the use of single use plastic in school, however it can sometimes feel frustrating as we cannot implement a rule or system without the approval of the school management company.

I passionately believe that we can do a lot more in schools to promote environmental awareness. Taking my school as an example, I sometimes feel very frustrated that most of the student body are not on board with the environmental concerns that are raised by our group. It is extremely hard to drive behaviour change within school when, for a variety of reasons, many young people do not see the climate crisis as a priority.

Because of Covid-19, some of our plans for the Environmental Group have been halted. We had started to renovate the vegetable patch on the school grounds, and we intended to plant a range of different vegetables in there. We had also planned to spend a day in the park with a local Park Ranger learning about how to build insect houses so we could enhance our playing fields and make it more animal friendly. These activities have been put on hold.

On the positive side, the international lockdown has had a positive effect on the environment. According to the British Lung Foundation, two million people in the UK with respiratory problems have experienced reduced symptoms during lockdown. It is well documented that canals in Venice became cleaner after lockdown. This brings me hope that it is possible for there to be an environmental change on a global level as Covid 19 has shown that humans can make rapid changes when necessary. The question remains whether Covid 19 will have a lasting impact on the environment or whether air pollution and carbon emissions will just return to their normal state pre-lockdown.

Another big change fuelled by coronavirus is that virtual meetings have become the norm.  Students and teachers can now communicate with people not only from across the country, but from all around the world, meaning that pupils can participate in events without travelling.  As a result of all school trips being cancelled, schools may have to reconsider whether long haul flights are necessary. This would reduce schools’ carbon footprints. Food shortages early on in lockdown have shown that local supplies are more reliable and consistent. In the future, getting food from local, more sustainable sources may be considered.

Since joining the Environmental Group, I have been inspired to join the ongoing climate strikes. This year I have been once, and it was definitely a great experience, as it was great to see hundreds of people demanding climate justice. I believe that we are waiting for authority figures to act and I find it disturbing how there are world leaders who deny the existence of the climate crisis. There is black and white information produced by scientists to say that we need to prevent 1.5°C of global warming, yet all anyone is doing is talking about what they want to achieve but not going about achieving it.

In the future I would consider going into climate science or a related field, as I think it is important to spread awareness, especially among children, who will be the world leaders of tomorrow. People need to be more educated about climate change and treat it like the end of the world because it might be the end of the world.

This website uses cookies to improve your experience while you navigate through the website. Out of these cookies, the cookies that are categorized as necessary are stored on your browser as they are essential for the working of basic functionalities of the website. We also use third-party cookies that help us analyze and understand how you use this website. These cookies will be stored in your browser only with your consent. You also have the option to opt-out of these cookies. But opting out of some of these cookies may have an effect on your browsing experience.
Necessary Always Enabled
Necessary cookies are absolutely essential for the website to function properly. This category only includes cookies that ensures basic functionalities and security features of the website. These cookies do not store any personal information.
Non-necessary
Any cookies that may not be particularly necessary for the website to function and is used specifically to collect user personal data via analytics, ads, other embedded contents are termed as non-necessary cookies. It is mandatory to procure user consent prior to running these cookies on your website.
SAVE & ACCEPT